Jignesh Shukal was born in Baroda brought up in Chandod, Gujarat. Though his father was renowned astrologer, He was not a believer of astrology in his early age. At Chandod, a holy place on the bank of River NARMADA, He learned the theological knowledge in Paathshala there. He also learn karmkaand (Hindu ritual- way of doing prayer), from his father.

Driven by some miracle in his life he was forced to look in to subject called astrology.Things predicted by his father had proven astonishingly correct about him. This arose his curiosity, Now he started questioning himself how one can have knowledge about future? To find answer he took interest in science of knowing future, that is astrology. He searched a lot, met lot of people, saints, mahatmas and gurus. He also read a lot of books on astrology and palmistry. He had got his initial knowledge of astrology from his father, he also learn some keys of astrology and palmistry from Guru Ramdas Madrasi at Chandod. Now his dilemma has ended in scope of peeping in future. He then came to know about logic of astrology. He was almost shocked by exact mathematics and accuracy of prediction. He has visualized capacity to improve human standard of life by his own experience.

He started researching and experiencing his knowledge to the people. He himself has made about 7000 observations of symbols on the palm and more than 20,000 situations in the horoscope. This observations can be tallied while studding his graduation in M.S.Universaty of Baroda, where he started using his knowledge. Surprisingly his predictions got extra ordinary result and response form the people. Today he is practicing astrology and palmistry consultancy in Baroda(Vadodara), Gujarat, India. Students of astrology and scholars of astrology are in our team.

Our purpose is to establish astrology and palmistry as science,as it was in ancient time. And people can take the advantage of this science in reasonable way.Our Purpose

We as a Team 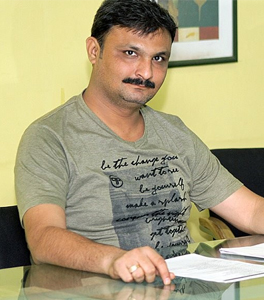 Jignesh Shukal was born in Baroda brought up in Chandod, Gujarat. Though his father was renowned astrologer, He was not a believer of astrology in his early age.

This error message is only visible to WordPress admins

Make sure this account has posts available on instagram.com.